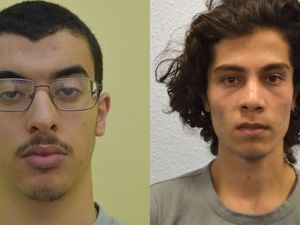 The pair, along with another man, named as Muhammed Saeed, 22, are accused of inflicting actual bodily harm on the officer on 11 May 2020.

Abedi, the brother of Arena bomber Salman Abedi, has also been charged with assaulting another prison officer.

The three men are due to appear at Bromley Magistrates’ Court on 7 April.

Abedi, 23, is currently serving 24 life sentences with a minimum of 55 years before being considered for parole for his part in the 2017 Manchester Arena bomb attack.

He was found guilty in March of 22 counts of murder, attempted murder and plotting to cause an explosion likely to endanger life.

Hassan, meanwhile, is currently serving a life sentence for planting a bomb on a District Line train in London, before detonating it at Parsons Green Underground station in September 2017.

A total 51 passengers were injured.

COVID-19: Plans for daily testing in schools put on hold over worries about accuracy [VIDEO]

COVID-19: Pressure mounts on UK and France to agree on financial aid for Eurostar as it fights for survival