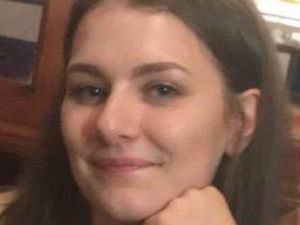 She was refused entry from a nightclub for being drunk, and was last seen near a bus stop shortly after midnight. Her body was recovered from the River Humber six weeks later.

The jury at Sheffield Crown Court was told that the defendant, a butcher, "found the opportunity he was looking for" when he saw Libby in a distressed state shortly after midnight.

Prosecution barrister Richard Wright QC said: "His very purpose in prowling the streets was in order to commit opportunistic sexual offences and the rape of Libby was just such an offence."

Relowicz denies the charges and the jury was told he has claimed he tried to give her a lift home before they had consensual sex and she walked off.

The jury was told CCTV pictures show Libby getting into the defendant’s car, which he then drove to nearby isolated playing fields, and that his DNA was found in her body.

When Relowicz was arrested six days after Libby’s disappearance, he had scratches on his face.

The jury was told Relowicz pleaded guilty in August last year to a string of sex offences committed in the 18 months before Libby’s death, and that a bag found in his car after Libby disappeared contained "trophies" he had stolen.

He described Relowicz as a "man who was driven to commit sexually motivated offences against young women and who was undeterred by them seeing him or challenging him".

He added: "That is why we saw him moving around these streets that night. He was, we suggest, looking for an opportunity to offend."

Closing his opening statement, Mr Wright said: "In Libby Squire he found the opportunity he was looking for and he went further than he had done before, driving her away, raping her and killing her."

Relowicz denies both charges and the trial is expected to last four weeks.

COVID-19: Plans for daily testing in schools put on hold over worries about accuracy [VIDEO]